The news archive of the German Society for Philosophy of Science (GWP). 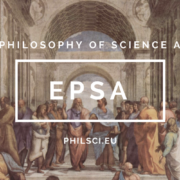 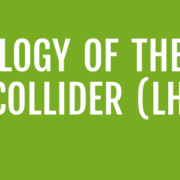 Not only since the sudden increase of online communication due to the COVID-19 situation has the concept of the “virtual” made its way into everyday language. In this context, it mostly denotes a digital substitute of a real object or process. “Virtual reality” is perhaps the best known term in this respect.

With these digital connotations, “virtuality” has been used also in science and research: Chemists use virtual laboratories, biologists do virtual scanning of molecular structures, and geologists engage in virtual field trips.

But the concept of the “virtual” has a much longer tradition, dating back to long before the dawn of the digital age. Virtual displacements and virtual images were introduced in classical physics already in the 18th century. They represented auxiliary objects or processes without instantiation, with the purpose of efficiently describing specific physical systems. Through Heisenberg’s use of “potentia” in his late attempts to interpret quantum mechanics, the term “virtual” may even relate back to Aristotle.

In today’s physics, the term virtual is mostly associated with the quantum world, first and foremost with the “virtual particle” of quantum field theory. It has become such an integral part of modern high energy physics that its ontological character may be considered to go beyond the purely auxiliary, which is typically associated with the virtual. The various possibilities for a virtual particle to manifest itself in a measurement highlights, furthermore, how “potentiality” continues to be a characteristic feature of virtual entities.

In other disciplines, however, use of the term “virtual” without a digital connotation is much rarer. While concepts like “virtual adrenaline” in medicine and biochemistry arise in the 1940s, and the “virtual moon” figures quite prominently in some (English translations of) Babylonian calendar texts, these examples seem to be rather singular occurrences of entities that were explicitly called “virtual”. The basic idea behind the terminology of the virtual, however, could be much more common, even outside of physics. The “invisible hand” in economics, or the “vital force” in biology, for instance, do carry aspects of a virtual entity, even if they have not been called that way.

For this workshop we invite contributions that address the historical formation and philosophical interpretation of concepts of virtual entities in physics and other disciplines – in whatever terms they may come. The main goal of the workshop is to bring to the fore similarities and differences in the meanings and functions of these concepts so as to be able to precisely characterize why certain entities are considered virtual in specific contexts, why a different terminology was often used in each individual case and in what sense the virtual entities relate to the real world.

We are looking for contributions that address the role of these concepts in theoretical as well as experimental activities, and for investigations into the origins of the terminology of the virtual as it was applied to the various disciplines of natural science. Work that integrates philosophical and historical approaches is particularly welcome.

Among other things, contributions may focus on one of the following aspects which are usually associated with virtual entities, in particular if we think of the virtual particle of modern quantum field theory:

The workshop will be held online. Apart from the contributed talks, the program will feature a small number of keynotes. To contribute a paper, please send a title and an abstract (approx. 200 words) along with your name, affiliation and contact details to adrian.wuethrich@tu-berlin.de no later than 15 November 2020.

For further information and updates please consult the conference webpage or contact one of the organizers. 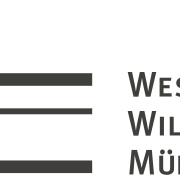 Call for Papers for a Minds & Machines Special Issue on

Description
Over the last decades, Machine Learning (ML) techniques have gained central prominence in many areas of science. ML typically aims at pattern recognition and prediction, and in many cases has become a better tool for these purposes than traditional methods. The downside, however, is that ML does not seem to provide any explanations, at least not in the same sense as theories or traditional models do.

This apparent lack of explanation is often also linked to the opacity of ML techniques, sometimes referred to as the ‘Black Box Challenge’. Methods such as heat maps or adversarial examples are aimed at reducing this opacity and opening the black box. But at present, it remains an open question how and what exactly these methods explain and what the nature of these explanations is.
While in some areas of science this may not create any interesting philosophical challenges, in many fields, such as medicine, climate science, or particle physics, an explanation may be desired; among other things for the sake of rendering subsequent decisions and policy making transparent. Moreover, explanation and understanding are traditionally construed as central epistemic aims of science in general. Does a turn to ML techniques hence imply a radical shift in the aims of science? Does it require us to rethink science-based policy making? Or does it mean we need to rethink our concepts of explanation and understanding?

In this Special Issue, we want to address this complex of questions regarding explanation and prediction, as it attaches to ML applications in science and beyond.
We invite papers focusing on but not restricted to the following topics:

The Special Issue is guest edited by members of the project The impact of computer simulations and machine learning on the epistemic status of LHC Data, part of the DFG/FWF-funded interdisciplinary research unit The Epistemology of the Large Hadron Collider


Submission Details
To submit a paper for this special issue, authors should go to the journal’s Editorial Manager https://www.editorialmanager.com/mind/default.aspx The author (or a corresponding author for each submission in case of co- authored papers) must register into EM.
The author must then select the special article type: “Machine Learning: Prediction without Explanation?” from the selection provided in the submission process. This is needed in order to assign the submissions to the Guest Editor.
Submissions will then be assessed according to the following procedure:
New Submission => Journal Editorial Office => Guest Editor(s) => Reviewers => Reviewers’ Recommendations => Guest Editor(s)’ Recommendation => Editor-in-Chief’s Final Decision => Author Notification of the Decision.
The process will be reiterated in case of requests for revisions. 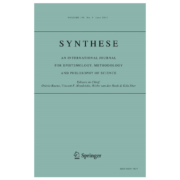 Topical Issue of Synthese Call for Papers: “All Things Reichenbach”

Hans Reichenbach is among the most important philosophers of science of the Twentieth Century and without doubt one of the most prominent philosophers of physics of the first half of the past century. His work has ramified in fundamental ways into virtually every major debate in the philosophy of science and physics. While Reichenbach’s philosophical project is no longer seen as viable as a whole, his work continues to be influential often in unnoticed but deep ways. Although many of his ideas still retain their interest and are discussed in current philosophy of science, he remains, in fact, one of the least understood and least carefully studied philosophical thinkers of his time. Because his own work has not been well understood, his influence is not widely recognized. The primary aim of this collection is to fill this gap by illuminating his contributions to advances in many fields in philosophy, and his legacy in the context of current philosophical research across the discipline as a whole. The theme of the collection, therefore, will be an investigation of his work both in its own context and in its continuing contemporary influence in current philosophy. This collection aims, moreover, at reviving the tradition of inter-disciplinary collaboration that was at the heart of Reichenbach’s vision for intellectual work, promoting the cross-pollination of ideas that discussion across traditional disciplinary boundaries can create and so exploring ways in which his insights can continue to be valuable in current scientific and formal approaches to philosophy. It is, in that spirit, a sequel to the conference “All Things Reichenbach” that took place at the Munich Center for Mathematical Philosophy (LMU Munich) in July 2019 (http://www.lmu.de/reichenbach2019).

Appropriate topics for submission include, among others:

1. geometry, space and relativity
2. the relativized a priori and conventionalism
3. coordination and measurement
4. causality and time
5. statistical mechanics and thermodynamics
6. realism, empiricism and scientific philosophy
7. reasoning, induction and confirmation
8. logic and probability


Any other topic related to Reichenbach is also welcome. As emphasized above, submitted papers can focus on Reichenbach’s own work in its historical context, on the influence of his work in contemporary debates, or on approaches to contemporary problems inspired by his work.

It is the aim of the editors that the selected papers will complement each other, both within each category and across categories.

The link for submitting your manuscript to Synthese, along with instructions for doing so, will be sent soon in a subsequent posting.

The deadline for submissions is 15 November 2020.